The New York Times often listed ship arrivals each day in a column called “Marine Intelligence.” Below is notice of the ship that brought my great-grandparents Elias and Rachel to New York.

One Record Leads to This & That 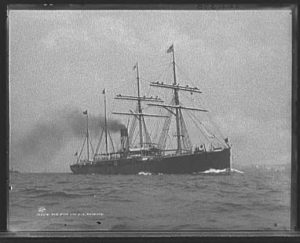 After finding the ship manifest for Elias and Rachel, two of my great great grandparents, I wondered what else I could discover about this part of their emigration and immigration to the U.S. I know that this part of the family was considered a German immigrant in regards to their landing in NYC.

The Red Star Line alone carried about two million immigrants across the Atlantic. A quarter of them were Jewish, including Albert Einstein.

I think about their voyage and what they did on the ship. Did the men play games, the women play at the piano and sing, or were my relatives in a different part of the ship altogether? 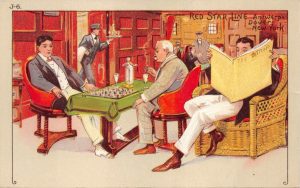 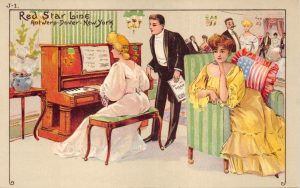