Always there is something to learn. One of the first marriage certificates I found for a family member had the name of the officiant using Rev before the surname. At the time the person who helped me find the record suggested that the couple may not have been very religious as they did not use a Rabbi.

Well, I come to learn that the honorific Rev was also used for a Rabbi. 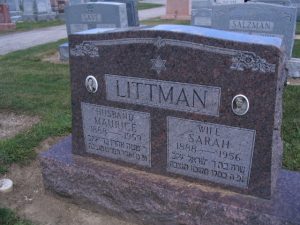 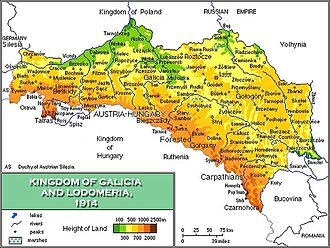 Reading any book related to genealogy takes me into the realms of science culture and history. Sure, I studied world history, ancient and modern, in high school and college. But remembering the specifics enough regarding time and place to match those pieces up with my own family history and their movements both willful and forced, has been challenging. So I dip into learning about European history. Today’s question for me is about Galicia. And yes, my family too can be traced to Galicia, better known today as Eastern Europe. I used to mix up Galicia with the Spanish province. Now I know though, Galicia is part of my heritage.

Emma Lazarus and the Statue of Liberty

A descendent of Jewish immigrants, Emma Lazarus was a poet. In 1883 she wrote her poem, The New Colossus to support a monetary appeal to build a pedestal for the statue, Liberty Enlightening the World. France sent the statue, but the U.S. had to build the pedestal. Now known as the Statue of Liberty, Emma’s words are engraved at the base of the statue, and on the psyche of America.

Give me your tired, your poor,
Your huddled masses yearning to breathe free,
The wretched refuse of your teeming shore.
Send these, the homeless, tempest-tost, to me:
I lift my lamp beside the golden door.

Be the first to comment
Filed in Jewish History | Tagged: poetry

What’s in a Name?

I began my interest in genealogy many years ago but only in ernest started being serious about it a few months ago. I had photographs, documents and records of some relatives and I had questions, so many questions. I think I am emerging from the beginner stage of this type of research. I may still make beginner mistakes, but as an experienced librarian, I hit the ground running, so to speak.

One of the first things I discovered and am still learning about is how so many name variations come to be. My surname for example, Perbohner, has also been spelled with no letter ‘h’. The spelling with an ‘h’ is the German spelling, and without is Russian as there is no letter ‘h’ in the Russian alphabet I am told. So that’s what I knew, two ways to spell it.

What I actually found so far with spelling variations includes Terbohner, Parboner, Proboner, Porboner, etc. Maybe one half of all of my ancestors with my surname have at least one record with a spelling alteration from transcription or pronunciation recording errors. And then I learned through a document a relative wrote around 50 years ago that two brothers, Jacob and William, changed their surnames before they came to the US. They originally used the surname Bernhardt and soon after dropped the letter ‘t’. And their parents sometimes used the name Bernhardt. And other males adopted the name as their first name, with or without the letter ‘t’.

I wondered how they chose one particular name over another? Why would they do that, what did it mean? From what I understand today is that Jews did not adopt permanent family names until the 18th and 19th centuries when the adoption of permanent surnames in the German States was compulsory. An encyclopedia from 1906 explains part of the situation this way, “In Germany the tendency to adopt Christian names was perhaps most marked, such names as Bernhard,…” This story I am learning is not only of my family, but of history as well. And it’s being revealed to me piece by piece.

I’ll likely post again about this name issue. It’s a BIG one.